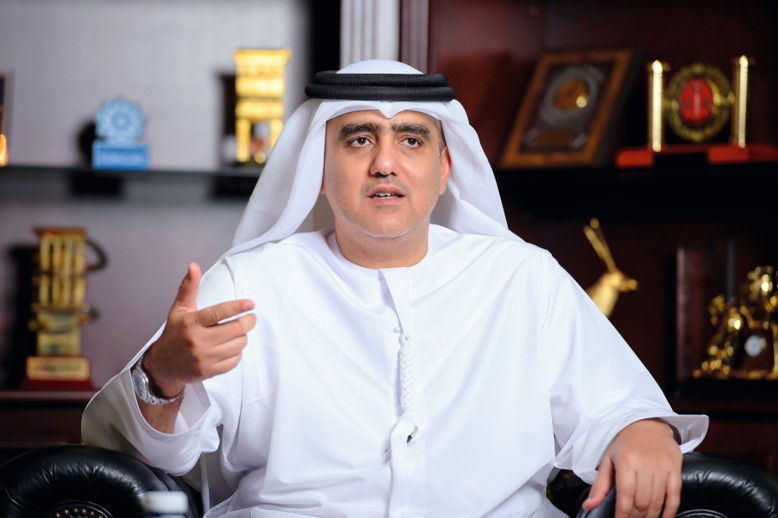 The one-day case initiative and its application in the Public Prosecution Office in Dubai constituted a milestone in the development of judicial work in the United Arab Emirates, and at the level of the region as well.

The initiative of the one-day case is represented in the investigation, action, referral to the court, issuing and implementing the judgment within 24 hours. The one-day case program includes cases (violations and misdemeanors) that do not require reports and witnesses.

His Excellency Essam Issa Al Humaidan, Attorney General of the Emirate of Dubai, said that the one-day case initiative has enhanced the speed of achievement and the rule of justice, and achieved the desired results in deepening judicial specializations, reducing red tape to the maximum extent, and expediting the settlement of cases, whether one-day cases by classifying them within this category of cases. that are completed in one day, or other cases that the courts will devote themselves to.

The one-day issue initiative has been implemented in phases, namely:
The first phase: implementing the project on specific charges, during 2015 and 2016.
Phase 2: Adding additional charges within the One Day Case initiative, in 2017.
The third stage: listing all misdemeanors ready for dismissal (suspended/ guaranteed) during 2018.

The one-day case concerns during the first phase:

The second stage: adding additional charges within the one-day case initiative, where the following charges were added:
Deira Prosecution Office – Al Muraqqabat Center: It includes two charges:
1- Possession of alcoholic beverages.
2- beggary
The Nationality and Residence Prosecution: It includes 3 charges, which are:
1- I have no sponsor.
2- work after cancellation.
3- Leaving the unqualified job.

And “Al-Humaidan” indicated that all the charges that were included in the one-day cases, came after a study and scrutiny, as the Public Prosecution in Dubai reached the possibility of linking them to the one-day cases and deciding them in one day, so that the space is allowed to decide on those cases with the speed and accuracy required and without delay or accumulation.

Dissemination of the One-Day Cause Initiative at the Federal Level:
His Highness Sheikh Mohammed bin Rashid Al Maktoum, Vice President and Prime Minister of the UAE and Ruler of Dubai, issued a decision to circulate “one-day issues” at the federal level on September 16 2018 AD.
Ministerial Resolution No. (704) for the year 2020, regarding the establishment of a “One-Day Misdemeanour Court” in all the Federal Judicial Courts, was issued in December 2020.

One-day case statistics:
The working representative of the Emirate of Dubai confirmed that the one-day cases have achieved excellent results since their implementation, and sometimes exceeded the targets, and as happened in all sectors and governmental and non-governmental businesses during the year 2020, from closing and stopping due to the Covid-19 pandemic, the number of single-day cases has been affected by that.

– The number of cases per day according to the charges during the year 2020 AD:
The charge of “giving a check in bad faith” topped the charges of one-day cases during 2020, reaching 1,165 cases, constituting 31 percent of the total cases, followed by the accusation of illegally staying in the country, which constituted 17 percent of the cases:
countsyear 2020

Number of cases per day according to the charges of the third stage:
The charge of “working on a visitor visa” represented the highest percentage of the charges in the third stage, which included all charges ready for dismissal, during the year 2020, and constituted 9 percent of the total:

countsnumber of countsThe ratio
Working on a visitor visa3309%
Wrongly causing damage to money owned by others722%
Work without official permission551%
Driving an uninsured vehicle on a public road221%
Driving an expired vehicle191%
Failure to stop at the scene of the accident when it occurred from him or on him resulted in damage to the property of others180.5%
Practicing the profession of a street vendor without a license90.2%
Other322886%

His Excellency the Attorney General noted that, given Dubai’s economic and financial position in the region and the world, and the influx of many visitors and job seekers, it is natural that issues related to the Nationality and Residency Prosecution, and violating labor laws such as working on a visit visa, top the issues of one day.

Statistical details of misdemeanors cases disposed of:
Misdemeanors – penal order cases amounted to 15,745 cases, or 54%.
Misdemeanors – one-day cases amounted to 2,621 cases, a percentage of 9%.
Misdemeanors cases referred to the court (not cases of one day) reached 10,561 cases, representing 37%.
His Excellency the Attorney General of the Emirate of Dubai concluded his statements by saying: The Public Prosecution in Dubai always seeks to develop and facilitate work, in line with the latest and best international practices in judicial work. One-day issues, and other initiatives, with the aim of achieving the leadership’s aspirations in applying the highest standards of customer happiness, adopting the latest technologies, and developing government work to be among the highest levels globally.