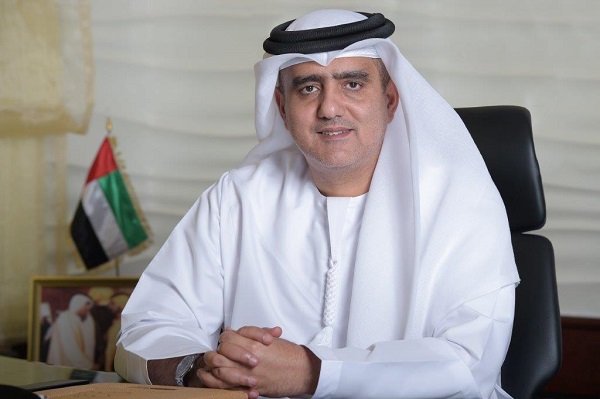 The evidence aspect, proof and access during investigations, as well as the arrest of accused persons within the framework of the law, is one of the most important aspects that Public Prosecution works on to achieve. DPP aims to complete the work in an accurate and fast way, with protecting rights and applying law.

Since the introduction of smart applications in administrative and executive work, the Government of Dubai has moved to modernize its procedures and services. Accordingly, Dubai Public Prosecution began the technical transformation and development of applications to support judicial work. Positive effects of using such applications are not limited to DPP and its customers, but extend also beyond that.

From this point of view, DPP previously launched the Initiative of Smart Arrest and Search warrant. This smart application facilitates and shortens the process of obtaining permission by judicial officers. Judicial Officers may obtain permission from Public Prosecution to arrest and inspection in order to obtain evidences of the crime.

“The Smart Arrest and Inspection warrant represent a prominent shift in DPP work, particularly in terms of shortening procedures and routine, speeding up the process of arrest, inspection, obtaining and protecting evidence”, said Adviser/ Essam Issa Al Humaidan, Dubai Attorney General.
This Initiative supports achievement of justice and preserve evidence, with focus on assisting judicial officers in their duties. Assisting Judicial officer’s is achieved through simplifying procedures by using modern technology for arrest and inspection.
The application of smart arrest and inspection initiative went through stages which reflect the vision and how DPP created during short time.

Those seven stages areas follows:
Process of issuing arrest and inspection warrant before the initiative:

The seven procedures have been reduced to only three in smart arrest and inspection warrants. This constituted a qualitative leap in operational work, shortened time spent, and ensured speed of obtaining evidence and controlling the accused, without breach of the legal procedures and integrity.

“By application of the smart arrest and inspection warrant, DPP has shortened the stages of issuing arrest and inspection warrants from 7 stages to only 3 stages’, Adviser/ Essam Issa Al Humaidan. This constitutes a reduction of more than half of the procedures required to issue the warrant before implementation of the initiative. This achieves the objective of DPP to adopt this initiative, in order to quickly accomplish justice and develop procedures.

The results of applying smart arrest and inspection warrant initiative are significant. The application results exceeded the targets, particularly in facilitating the procedures required for arrest and inspection. The initiative reduced the number of warrants and the number of those who have implemented them, with reducing time needed to complete them, as a result of the need for police officers to move and control between a number of places to obtain official warrants to arrest and inspect. The Procedures have become easy and simple now and conducted online through the smart application, regardless of the concerned official location. The process is done smoothly, making it easier to arrest and obtain evidence in a timely manner without delay or violations.

The number of smart arrest and inspection warrants, of all kinds, reflects the depth and importance of this smart initiative launched by DPP.

The positive impact on other entities is shown in the following results:
Results of the smart initiative:

H. E. Al Humaidan indicated that the number of arrests and inspection warrants show the importance of the initiative of smart arrest and inspection warrants. Without such initiative huge time will be consumed by Prosecutions and other entities to obtain and approve warrants. During 2020,these numbers witnessed decrease, particularly Residency and Nationality Prosecution due to Covid -19 pandemic and its consequences.

In order to measure the results of the Smart Arrest and Inspection warrant initiative, DPP has relied on a number of indicators to measure its effectiveness. DPP aims to develop aspects that require modernization or development, to reach the optimal required level and results. The positive outcomes of the application reflect on all parties related to the initiative, and effectively contribute in law enforcement without any defect.

Average time to approve smart arrest and inspection warrants:
The average time from issuance of a warrant by police to approving the warrant by DPP is an average of 16 minutes.

The time it takes to approve the arrest and inspection warrant before the initiative, was about 150 minutes, which confirms efficacy and effectiveness of the smart warrant initiative, and its contribution in law enforcement, with facilitating work, procedures and reducing time and cost.

H. E. Al Humaidan explained that the time for adoption of smart warrants, from issuance of warrants to the approval of warrants by DPP, is only a few minutes. It draws a clear picture of the procedures and completion, and speed up work of prosecution and the police, which is the fruit for adoption of this smart initiative.